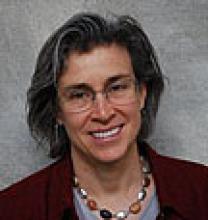 Crosby Professor of the Human Environment and Professor of Political Science, International and Area Studies
+1 (203) 432-6107
elisabeth.wood@yale.edu

Elisabeth Jean Wood , Franklin Muzzy Crosby Professor of the Human Environment and Professor of Political Science, International and Area Studies at Yale University,  is currently writing two books, one on sexual violence during war, drawing on field research in several countries, and a second on political violence in Colombia (with Francisco Gutiérrez Sanín).

She is the author of Forging Democracy from Below: Insurgent Transitions in South Africa and El Salvador and Insurgent Collective Action and Civil War in El Salvador, and co-editor with Morten Bergsmo and Alf B. Skre of Understanding and Proving International Sex Crimes and with Ian Shapiro, Susan C. Stokes, and Alexander S. Kirshner of Political Representation.

Among her recent articles and book chapters are “Rape as a Practice of War: Towards a Typology of Political Violence,” “The Persistence of Sexual Assault within the US Military,” “Ideology and Civil War: Instrumental Adoption and Beyond,” “Multiple Perpetrator Rape during War,” “Transnational Dynamics of Civil War,” “Rape during War Is Not Inevitable: Variation in Wartime Sexual Violence,” “Armed groups and sexual violence: when is wartime rape rare?” “Sexual Violence during War: Variation and Accountability,” and “The Social Processes of Civil War: The Wartime Transformation of Social Networks.”

Elisabeth serves as Coordinator of the International Scientific Committee of the Observatorio de Restitución y la Regulación de Derechos de Propiedad Agraria [The Observatory of Restitution and Regulation of Agrarian Property Rights]. She also serves on the Editorial Boards of World Politics and the Contentious Politics series of the Cambridge University Press.

Elisabeth was named a fellow of the American Academy of Arts and Sciences in 2010. She has carried out field research in Colombia, South Africa, Sri Lanka, El Salvador, Peru, and Israel/Palestine. At Yale she teaches courses on comparative politics, political violence, collective action, agrarian studies, and qualitative research methods. She received the Graduate Mentor Award for the Social Sciences in May 2013.