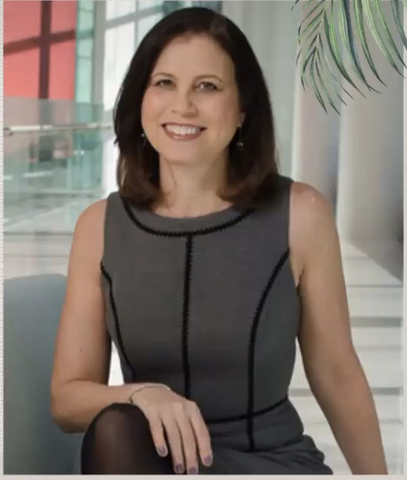 Joanne Lipman has served as Editor-in-Chief of USA Today, USA Today Network, Conde Nast Portfolio, and The Wall Street Journal’s Weekend Journal, leading those organizations to six Pulitzer Prizes. She is an on-air CNBC contributor and Yale University journalism lecturer. She is also author of the bestseller, That’s What She Said:  What Men and Women Need to Know About Working Together.

Previously, Lipman was Chief Content Officer of Gannett, where she was Editor-in-Chief of its USA Today and the USA Today Network, encompassing the flagship publication plus 109 metro newspapers including the Detroit Free Press, the Des Moines Register, and the Arizona Republic. In that role, she oversaw more than 3,000 journalists and led the organization to three Pulitzer prizes.

Lipman began her career as a reporter for The Wall Street Journal, ultimately rising to deputy managing editor – the first woman to attain that post – and supervising coverage that won three Pulitzer Prizes. While there she created Weekend Journal and Personal Journal, and oversaw creation of the Saturday edition. She subsequently was founding editor-in-chief of Conde Nast Portfolio magazine, which won Loeb and National Magazine Awards.

Lipman’s work has been published in numerous outlets including The New York Times, The Wall Street Journal, The Washington Post, Time, Fortune, Newsweek and the Harvard Business Review. She has appeared as a television commentator on ABC, NBC, CNN, MSNBC, and PBS, among others. She is a frequent public speaker, with engagements including the World Economic Forum in Davos, the United Nations, the Aspen Ideas Festival, TEDx, the International Lean In conference, the Federal Reserve Board, and the Milken Institute Global conference in addition to multiple companies. She also is co-author, with Melanie Kupchynsky, of the acclaimed music memoir “Strings Attached.”

A winner of the Matrix Award for women in communications, Lipman was the 2019-2020 inaugural Distinguished Journalism Fellow at the Institute for Advanced Study in Princeton. She has served or is currently serving on boards including Yale University Council; the World Editors Forum; the Knight Commission on Trust, Media and Democracy; the Yale Daily News; Spirited Media; the Yale Alumni Magazine (where she served as chair); the Knights chamber orchestra, and the advisory boards of Data.world, Breastcancer.org, The Wire China, and the Yale School of Music. She is a member of the Council on Foreign Relations. She and her husband live in New York City and are the parents of two adult children, Andrew and Rebecca (Yale BA 2012; MPH, 2013).

Next!: The Power of Reinvention in Life and Work