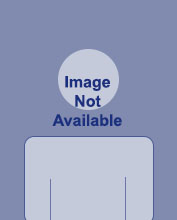 Judge Goodrow graduated from Southern Connecticut State University in 1980 with a Bachelor of Arts degree. She earned her Juris Doctor in 1983 from Western New England University School of Law.  In 2013, she was appointed as a Judge of the Superior Court for the State of Connecticut.

Prior to her appointment, she was the Director of the Connecticut Innocence Project, supervising the investigation of post-conviction claims of innocence.  Judge Goodrow served as a public defender in Tolland, Hartford, New Haven and Middletown, as well as provided defense to clients in the Capital Defense and Trial Services Unit, and the Habeas Unit.  She also served as a lawyer in the New Haven Office of the Corporation Counsel, as well as a trial attorney in private practice. Judge Goodrow has taught various courses at the University of Connecticut School of Law, Quinnipiac University School of Law, Fairfield University, and the University of Hartford.  Additionally, she has on multiple occasions spoken and participated on panels for legal, academic and community organizations.