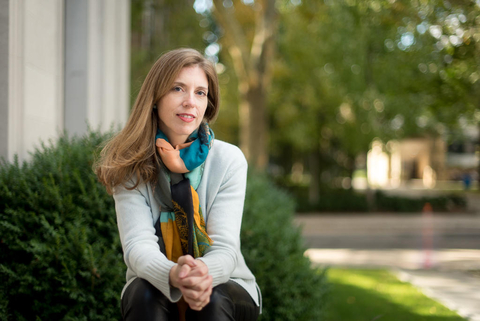 Hélène is Professor of Political Science (with a specialization in political theory). Her research and teaching interests include democratic theory, political epistemology, theories of justice, the philosophy of social sciences (particularly economics), constitutional processes and theories, and workplace democracy.

Hélène is the author of Hume (Presses Universitaires de France: 2004), a historical and philosophical investigation of David Hume’s theory of decision-making; Democratic Reason (Princeton University Press: 2013, Spitz prize 2015), an epistemic defense of democracy; Open Democracy (Princeton University Press 2020), a vision for a new kind, more open form of democracy based on non-electoral forms of representation, including representation based on random selection; and Debating Democracy (Oxford University Press 2021), with Jason Brennan, where she argues against her co-author that we need more rather than less democracy.

In the past Hélène has taught various courses, including “Introduction to Political Philosophy,” “Justice in Western Thought,” “Directed Studies,” “Beyond Representative Government,” “Deliberative Democracy and Beyond,” “Political Epistemology,” and “Political Authority.” In 2014 she won a National Endowment for the Humanities grant for her interdisciplinary lecture course “How Do We Choose, and Choose Well.”

Hélène Landemore advised the Parliament of Finland on a crowdsourced policy-making reform in 2013 and the French Parliament on inclusive decision-making in 2018. She is currently serving as expert consultant for the French government on a committee evaluating the CESE (Economic, Social and Environmental Council)’s experimentation with randomly selected citizens.

Hélène is currently working with a group of female researchers (led by Isabelle Ferreras, Julie Battilana, and Dominique Méda) who started the movement Democratizing Work in May 2020. Our first publication as a group is coming out this Fall in French with Le Seuil (and later in multiple translations in various countries) under the title “The Work Manifesto.”

Democratic Reason: Politics, Collective Intelligence, and the Rule of the Many

Debating Democracy: Do We Need More or Less?