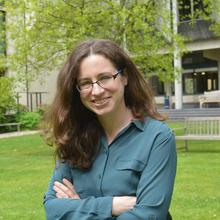 I am a post-doctoral fellow in the Leitner Program on Political Economy and a lecturer in the political science department, where I write and teach about the political economy of authoritarianism, development, and the Middle East and North Africa.

My book project examines the management of redistributive conflict in autocracies, specifically the politics surrounding land reform in MENA states. The analysis relies on interviews, surveys, and original datasets from my extensive archival and field research in Jordan, Morocco, Egypt, the United States, and the United Kingdom. My research has been supported by the American Center for Oriental Research, the Council of American Overseas Research Centers, and the Centre for British Research in the Levant, among others.

I received my DPhil (PhD) in Politics from the University of Oxford in March 2019. During the 2017-2018 academic year, I was a pre-doctoral fellow at the Middle East Initiative at Harvard Kennedy School of Government’s Belfer Center for Science and International Affairs. I hold an MPhil in Modern Middle Eastern Studies (2013) from St. Antony’s College, Oxford and a BA in Islamic Studies and Middle East History from Boston University (2009).