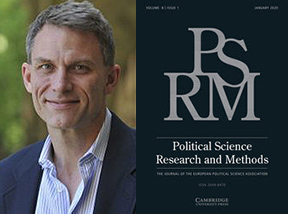 Dean Acheson Professor of Political Science and Global Affairs Kenneth Scheve has an article in the Political Science Research and Methods journal entitled “City Limits to Partisan Polarization in the American Public.”

Abstract:
“How pervasive is partisan sorting and polarization over public policies in the American public? We exam-ine whether the barriers of partisan sorting and polarization seen in national politics extend to importantlocal policies that shape economic development. To describe the extent of partisan sorting and polariza-tion over local development policies, we employ conjoint survey experiments in representative surveys ofeight US metropolitan areas and a hierarchical modeling strategy for studying heterogeneity across respon-dents. We find that strong partisans are sorted by party in some of their policy opinions, but rarely polar-ized. The same voters who disagree about national issues have similar preferences about local developmentissues suggesting a greater scope for bipartisan problem solving at the local level.”