PhD Candidate Mie Inouye: “Starting with People Where They Are: Ella Baker’s Theory of Political Organizing” 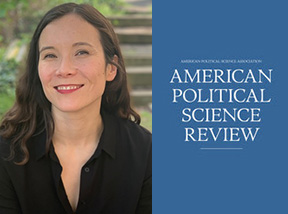 Yale University PhD Candidate Mie Inouye has a new article in the American Political Science Review entitled “Starting with People Where They Are: Ella Baker’s Theory of Political Organizing.”

“This article argues that Ella Baker’s ideology of radical democracy shaped her theory of organizing, including her theories of mass action and indigenous leadership. Against the emerging consensus in realist and radical democratic theory that both Baker’s praxis and democratic organizing more broadly are nonideological, I argue that all organizing is ideological if, with Stuart Hall, we understand ideology not as a rigid set of beliefs but as a dynamic framework for understanding society. Organizers make decisions based on their own ideologies and they attempt to maintain or reshape the dominant ideologies. In this sense, organizers are political theorists: they have self-conscious theories of how society works and changes based on which they make strategic decisions. I demonstrate a method for interpreting organizers’ political theories and argue that Baker’s theory of radical democracy offers democratic theory insight into the practices and organizational structures that advance democratization.”