Paul Lendway: “The Effect of Informational and Empathy-Enhancing Interventions on Redistributive Preferences” 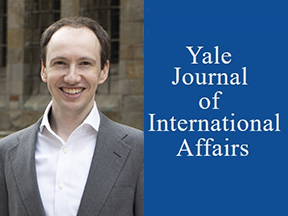 Graduate student Paul Lendway has an article in the Yale Journal of International Affairs entitled “The Effect of Informational and Empathy-Enhancing Interventions on Redistributive Preferences.”

“Expanding redistributive programs in democracies could improve the living standards for millions of people across the world. Using a national survey experiment consisting of rural white Republicans – a group that tends to oppose expanding redistributive programs – this study shows that informational and empathy-enhancing interventions are effective at increasing support for expanding Medicaid and Medicare benefits in the United States. This suggests that informational and empathy-enhancing interventions may be similarly effective among groups and parties in other countries that also tend to be anti-redistributionist, such as supporters of the Alternative für Deutschland Party, the Swiss People’s Party, and the UK Independence Party.”