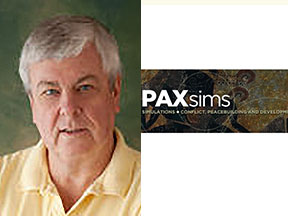 “Wargames in the Pink Tower” (part two of a four part BBC miniseries on nuclear weapons and war) is about nuclear deterrence and the use of wargaming during the Cold War. The producers used parts of the audio recording of Thomas Schelling’s keynote to the Connections US 2014 Conference along with material from Fred Kaplan, Sir Lawrence Freedman, Sharon Ghamari-Tabrizi, Graham Allison, and Paul Bracken. A fascinating glimpse into how nuclear deterrence and wargaming is presented to the general public.