Kenneth Scheve: “The German Trade Shock and the Rise of the Neo-Welfare State in Early Twentieth-Century Britain” 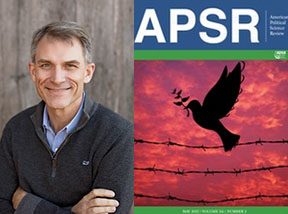 Dean Acheson Professor of Political Science and Global Affairs and FAS Dean of Social Science Kenneth Scheve has a new article in American Political Science Review entitled “The German Trade Shock and the Rise of the Neo-Welfare State in Early Twentieth-Century Britain”.

We study the international origins of the neo-welfare state in Britain during the era of globalization before World War I. We introduce a new mechanism linking trade to the expansion of the state. In addition to increasing assessments of the volatility of employment in a market economy, trade shocks changed beliefs about the deservingness of the poor. Employing a shift-share measure of local exposure to German imports, we show that rising imports caused worse labor market outcomes from 1880 to 1910. Import competition led to a decrease in support for the Conservative Party in national elections after 1900, when the Liberal Party supported welfare state reforms. We further show that rising imports increased the use in local newspapers of scientific terms like “unemployment” relative to pejorative terms like “vagrancy” to describe the poor. Political responses to globalization helped shape voter support for the modern British welfare state at its inception.