Elisabeth Wood: “Implications of Wedeen’s Ambiguities of Domination for the Analysis of Political Violence” 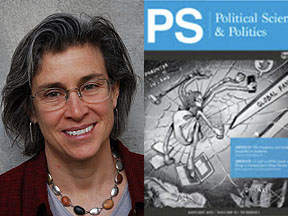 Professor Elisabeth Wood has an article in the journal of Political Science and Politics entitled “Implications of Wedeen’s Ambiguities of Domination for the Analysis of Political Violence.”

Lisa Wedeen’s Ambiguities of Domination (Reference Wedeen1999) continues to teach us about the exercise of power. In her analysis of Hafiz al-Asad’s regime, Wedeen asks why a regime would expend resources on a cult of personality based on absurd claims rather than invest in only coercion and economic incentives. The answer, she suggests, lies in how the public’s participation in regime rituals helped constitute the regime’s political power, demonstrating mass conformity despite mass disbelief.