David Cameron: “With mounting fears that Russia will send in troops, talks on Ukraine continue” 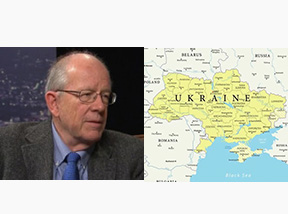 Professor of Political Science David Cameron has an article on the Yale MacMillan Center site entitled “With mounting fears that Russia will send in troops, talks on Ukraine continue.”

Abstract:
The talks, prompted by the buildup of more than 100,000 Russian troops accompanied by tanks, artillery and other equipment near the Ukraine border, which began two weeks ago in Geneva between the U.S. and Russia, and were followed by meetings of the NATO-Russia Council and the Organization for Security and Co-operation in Europe (OSCE), continued last week in Kyiv, Moscow, Berlin and Geneva. And with increasing fears that, despite the warnings of severe consequences, Russia will send in its troops, either to occupy portions of eastern Ukraine now controlled by pro-Russian separatists or even, with troops in Belarus, its partner in their Union State, that are less than 100 kilometers from Kyiv, to replace the government headed by President Volodymyr Zelenskyy with a pro-Russian figurehead, the meetings and talks continue.