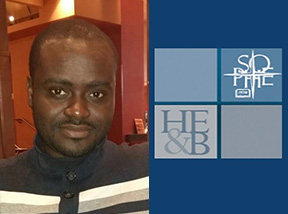 PhD Candidate Constantine Manda has an article in the academic journal Health Education and Behavior entitled “A Radio Drama’s Effects on HIV Attitudes and Policy Priorities: A Field Experiment in Tanzania.”

A growing body of evidence investigates how entertainment education influences knowledge about HIV, stigma toward those with HIV, and openness to disclosing one’s HIV status. The present study shows that in addition to these effects, mass media interventions may influence audiences’ policy priorities, such as their demand for local access to HIV/AIDS medical care. A condensed (2 hours) version of a popular Swahili radio drama was presented to rural Tanzanians as part of a placebo-controlled experiment, clustered at the village level. A random sample comprising 1,200 participants were interviewed at baseline and invited to attend a presentation of the radio drama, and 83% attended. Baseline respondents were reinterviewed 2 weeks later with a response rate of 95%. In addition to increasing listeners’ knowledge and support for disclosure of HIV status, the radio drama produced sizable and statistically significant effects on listeners’ preference for hypothetical candidates promising improved HIV/AIDS treatment.