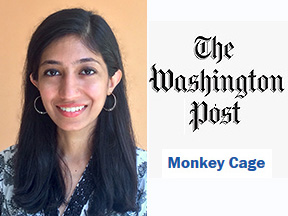 “In Pakistan — a country where 86 percent of women over the age of 25 are married — citizens on Twitter and politicians are panicking over what they see as a threat to the institution of marriage. This follows remarks made by 23-year-old Pakistani Nobel Peace Prize laureate Malala Yousafzai in a recent interview with British Vogue. She expressed doubts about whether she would ever marry, and that she didn’t understand why people had to marry.

The comments by the activist, known by her first name, were probably misinterpreted and blown out of proportion. But the battle to change unequal structures of marriage has a longer history within Pakistan, and globally. And the backlash against efforts for equality often portrays them as “Western” and a threat to traditional values.”