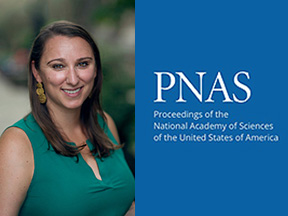 October 12, 2021
Assistant Professor Elizabeth Nugent has a new article with co-lead authors Graeme Blair (UCLA), Rebecca Littman (University of Illinois Chicago), and Rebecca Wolfe (Harris School of Public Policy, University of Chicago) in Proceedings of the National Academy of Sciences titled “Trusted Authorities Can Change Minds and Shift Norms during Conflict.”
Abstract:
The reintegration of former members of violent extremist groups is a pressing policy challenge. Governments and policymakers often have to change minds among reticent populations and shift perceived community norms in order to pave the way for peaceful reintegration. How can they do so on a mass scale? Previous research shows that messages from trusted authorities can be effective in creating attitude change and shifting perceptions of social norms. In this study, we test whether messages from religious leaders—trusted authorities in many communities worldwide—can change minds and shift norms around an issue related to conflict resolution: the reintegration of former members of violent extremist groups. Our study takes place in Maiduguri, Nigeria, the birthplace of the violent extremist group Boko Haram. Participants were randomly assigned to listen to either a placebo radio message or to a treatment message from a religious leader emphasizing the importance of forgiveness, announcing the leader’s forgiveness of repentant fighters, and calling on followers to forgive. Participants were then asked about their attitudes, intended behaviors, and perceptions of social norms surrounding the reintegration of an ex–Boko Haram fighter. The religious leader message significantly increased support for reintegration and willingness to interact with the ex-fighter in social, political, and economic life (8 to 10 percentage points). It also shifted people’s beliefs that others in their community were more supportive of reintegration (6 to 10 percentage points). Our findings suggest that trusted authorities such as religious leaders can be effective messengers for promoting peace.