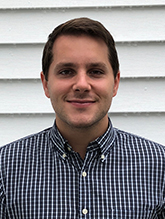 How do states resolve jurisdictional conflicts among international institutions? In many issue areas, global governance is increasingly fragmented among multiple international organizations (IOs). Existing work argues this fragmentation can undermine cooperation as different institutions adopt conflicting rules. However, this perspective overlooks the potential for interinstitutional coordination. I develop a theory of institutional deference: the acceptance of another IO’s exercise of authority. By accepting rules crafted in another IO, member states can mitigate rule conflict and facilitate a division of labor within the regime complex. I use an original data set of over 2,000 IO policy documents to describe patterns of deference in the counterterrorism, intellectual property, and election-monitoring regime complexes. Empirical tests support two theoretical claims. First, institutional deference is indeed associated with a division of labor among institutions: IOs that defer to each other are more likely to focus their rule-making efforts on separate subissues. Second, deference is a strategic act that is shaped both by efficiency concerns and power politics. Statistical tests confirm that deference is used to efficiently pool resources among disparate organizations, and that IOs with weaker member states tend to defer to organizations with more powerful members.

You can find the article on International Organization Journal.