Torey McMurdo: “Ukraine has been winning the messaging wars. It’s been preparing for years.” 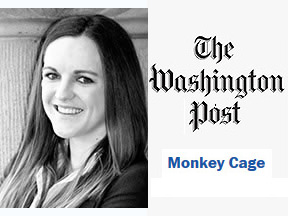 Graduate Student Torey McMurdo has an article on the Washington Post’s Monkey Cage entitled “Ukraine has been winning the messaging wars. It’s been preparing for years.”

Before the Ukraine invasion, many observers believed that Russia had an advantage in propaganda. But since the war began, journalists and academics alike have expressed admiration for Ukraine’s savvy information narratives and President Volodymyr Zelensky’s effective wartime messaging. This isn’t as surprising as it seems. As my research shows, Ukraine laid the groundwork for its information advantage well before the invasion. Over many years, Ukraine has learned how to limit Russian information exploitation and craft a national narrative.