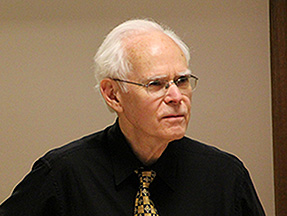 The works of David Mayhew, Sterling Professor of Political Science Emeritus at Yale University, have been collected and organized into a website available to both scholars and the general public.

Professor Mayhew, who specializes in U.S. legislative behavior, political parties, and policymaking, retired from Yale in 2015 but still teaches occasional courses.  Aside from Yale, where he began teaching in 1968, he has taught at UMass/Amherst, Amherst College, Oxford, and Harvard, and has held fellowships at Stanford and CalTech.  He is a fellow of the American Academy of Arts and Sciences, the American Philosophical Society, and the National Academy of Sciences.

The Selected Works of David Mayhew website is a collection of his writings, notes, talks and datasets and is freely available to anyone.