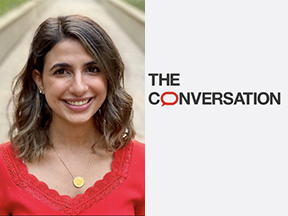 Assistant Professor Salma Mousa was interviewed on a recent episode of Discovery, an ongoing series via The Conversation Weekly, in a podcast entitled “How celebrity footballers can help reduce prejudice against minorities.”

When Mohamed Salah joined Liverpool football club in 2017, he quickly became the Premier League team’s star player. As Liverpool went from success to success, fans embraced the Egyptian footballer, who is a practising Muslim. They even invented new songs about him, including the refrain: “If he scores another few then I’ll be Muslim too.”

For Salma Mousa, a political scientist at Yale University in the US, Salah’s popularity presented an opportunity to study a psychological hypothesis called the parasocial contact theory. This suggests that mass exposure to celebrities from minority groups can improve tolerance towards them.