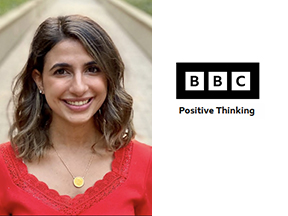 The topic was different solutions to polarizations, with a critical lens on Lubetzky’s new social movement aimed at “activating moderates”.

Daniel Lubetzky believes polarisation and tribalism are threatening our social fabric. Could his plan to ‘activate the untapped power of moderates’ counter the culture wars? The son of a Holocaust survivor, Daniel has watched with alarm as extreme, vocal minorities increasingly hijack national debates in the United States. But he believes there is a silent majority of people in the middle who are tired of the ‘us versus them’ mentality and want a different way forward. Could his plan to build a civic coalition of moderates via his Starts With Us movement, which aims to foster greater compassion and critical thinking, counter polarisation in society here in Britain? Joining Sangita Myska to stress test the idea are Salma Mousa, Assistant Professor of Political Science at Yale University; Dr Antonio Silva, Head of Social Cohesion at the Behavioural Insights Team; and Alison Goldsworthy, co-author of Poles Apart – Why People Turn Against Each Other and How to Bring Them Together.