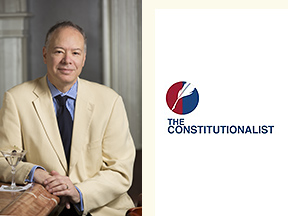 “On the evening that Joe Biden claimed his presidential victory over Donald Trump, he reprised a trope that Barack Obama made famous at the Democratic national convention in 2004.  “There are no red states, no blue states,” Biden told an adoring crowd, “just the United States.” The idea that we are all one people – going back to the Constitution’s promise “to form a more perfect Union” – has always been more of an aspiration than a reality.”

Steven B. Smith is the Alfred Cowles Professor of Political Science at Yale University. He is the author of Reclaiming Patriotism in an Age of Extremes.