Professor Jacob Hacker inducted as Fellow in the AAPSS 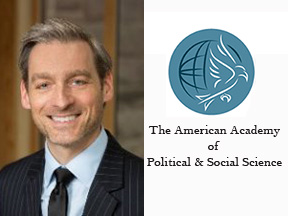 Stanley Resor Professor of Political Science Jacob Hacker has written widely on the evolution and implications of America’s patchwork of laws, regulations, and institutional arrangements.

Hacker is Stanley Resor Professor of Political Science and director of the Institution for Social and Policy Studies at Yale University.  A regular media commentator and policy adviser, he is the author or co-author of five books, numerous journal articles, and a wide range of popular writings on American politics and public policy.

In March of  this year he was inducted into the American Association of Political and Social Science’s  as the 2021 Robert A. Dahl Fellow.