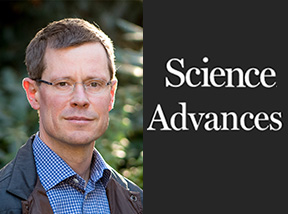 Forst Family Professor of Political Science Gregory Huber, is co-author of  new research article, along with Marc Meredith, Michael Morse and  Katie Steele in the American Association for the Advancement of Science Science Advances magazine.

“Administrative records are increasingly used to identify registered voters who may have moved, with potential movers then sent postcards asking them to confirm their address of registration. It is important to understand how often these registrants did not move, and how often such an error is not corrected by the postcard confirmation process, because uncorrected errors make it more difficult for a registrant to subsequently vote. While federal privacy protections generally prevent researchers from observing the data necessary to estimate these quantities, we are able to study this process in Wisconsin because special poll books, available via public records requests, listed those registrants who were identified as potential movers and did not respond to a subsequent postcard. At least 4% of these registrants cast a ballot at their address of registration, with minority registrants twice as likely as white registrants to do so.”