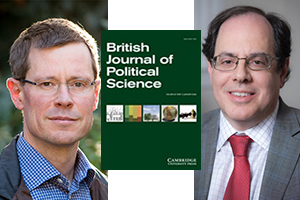 Political campaigns frequently emphasize the material stakes at play in election outcomes to motivate participation. However, field-experimental academic work has given greater attention to other aspects of voters’ decisions to participate despite theoretical models of turnout and substantial observational work signaling that a contest’s perceived importance affects the propensity to vote. We identify two classes of treatments that may increase the material incentive to participate and test these messages in a large-scale placebo-controlled field experiment in which approximately 24,500 treatment letters were delivered during Connecticut’s 2013 municipal elections. We find some evidence that these messages are effective in increasing participation, as well as that some of them may be more effective than typical nonpartisan get-out-the-vote appeals. While these results remain somewhat preliminary, our findings have important implications for our understanding of how voters decide whether to participate and how best to mobilize citizens who would otherwise sit out elections.