Nicholas Lotito: “Tunisia’s president launched a political crisis. Is it a coup?” 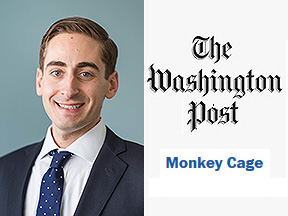 Nicholas Lotito, Lecturer in Political Science, has published an analysis with the Washington Post’s Monkey Cage blog, on the situation in Tunisia entitled “Tunisia’s president launched a political crisis. Is it a coup?”

“An escalating political crisis is now pushing Tunisia’s democracy to the brink. On Sunday, President Kais Saied fired the prime minister and suspended parliament, moves his critics have called a “coup.”

Saied’s decision is without precedent in Tunisia, the lone sustained democracy to have emerged from the Arab Spring. What happened Sunday is a major escalation in the long series of crises that have characterized the country’s post-revolutionary politics.”