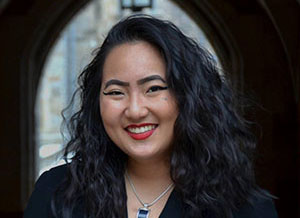 Yale junior Christina Pao has been named one of 62 Truman Scholars for 2019. The winners were announced by former Secretary of State Madeleine K. Albright, president of the Harry S. Truman Scholarship Foundation.

Pao, of Branford College, is pursuing a B.A. in classics (ancient Greek and Latin) and a joint B.A./M.A. in political science, focusing both on the socio-historical development of “citizenship” and the politics of migration.