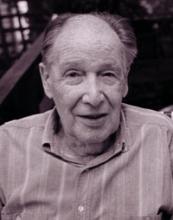 With great sadness we write to let you know that Juan Linz died yesterday morning.

Juan was a towering figure in 20th-century social science, whose many contributions included the study of authoritarian regimes and of the processes of democratization.  He was also an institution at Yale, where, most recently, he was Sterling Professor Emeritus of Political and Social Science.

Juan came to Yale in 1968 as a professor of sociology and political science. In 1977 he was named the Pelatiah Perit Professor of Political and Social Science and Sterling Professor in 1989. He retired in 1998 but remained active in the intellectual life of our departments until very recently. He trained generations of graduate students and continued to work closely with graduate students throughout his retirement.

His warmth, humor and vibrant intellectual will be remembered by all whose lives he touched.