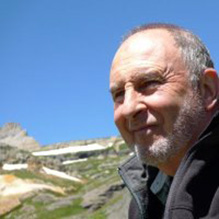 Professor John Roemer has been awarded a doctor (honoris causa) by the Universite Catholique de Louvain, the oldest university in Belgium.

John E. Roemer is the Elizabeth S. and A. Varick Stout Professor of Political Science and Economics at Yale University. His work concerns questions at the intersection of political economy, political philosophy and economic theory. Book titles include A general theory of exploitation and class (1982), A future for socialism (1994), Theories of distributive justice (1996), Political Competition (2001); Racism, Xenophobia and Distribution (2007) and Sustainability for a warming planet (2015). Current interests include constructing micro-foundations for human cooperation, a topic that has been unjustly ignored by economic theory, despite its extreme importance in explaining the success of the human species (How we do and could cooperate: A Kantian explanation).

He is a fellow of the Econometric Society, the American Academy of Arts and Sciences and a corresponding fellow of the British Academy, a past Russell Sage and Guggenheim Fellow, and holds doctorates honoris causa from the University of Athens and Queen Mary University of London. He is a past president of Society for Social Choice & Welfare.

Many congratulations John, for this well-deserved award!