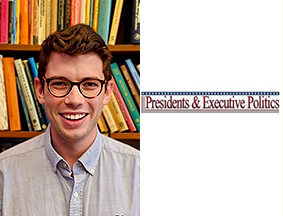 Graduate student Jack Greenberg has been named to the executive council of the American Political Science Association’s Presidents and Executive Politics section as its graduate student representative. He looks forward to engaging more with the section and its membership during his term.

The Presidents & Executive Politics (PEP) section of the APSA gathers together scholars devoted to the study of the presidency and executive politics.  They employ diverse methodological and theoretical perspectives from a variety of data sources and include scholars from other subfields in political science as well as scholars from other academic disciplines, including economics, history, and psychology.