Francis Rosenbluth and Ian Shapiro: “Political partisanship is vicious. That’s because political parties are too weak” 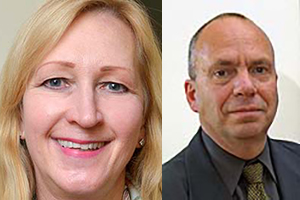 Professors Rosenbluth and Shapiro have an Op-Ed in the Post Everything Perspective section of the Washington Post, entitled “Political partisanship is vicious. That’s because political parties are too weak.”

“There’s a paradox at the heart of American politics: Political polarization has rarely been more extreme. More than half of registered Democrats and Republicans view members of the other party “very unfavorably,” and 49 percent of Republicans (and 33 percent of Democrats) would prefer their children not marry a member of the other party (up from about 5 percent in the 1960s). On a practical level, the 2018 midterms produced a deeply divided Congress unlikely to generate much legislation.

Click the link above to read the entire article.