Elizabeth Nugent in the American Journal of Political Science 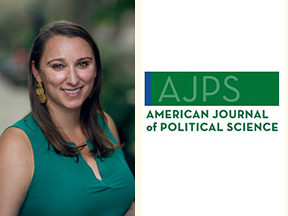 Political life in many Muslim‐majority countries has been marked by the electoral dominance of Islamist parties. Recent attempts to explain why have highlighted their material and organizational factors, such as the provision of social services. In a forthcoming article in the American Journal of Political Science, assistant professor Elizabeth Nugent and coauthors test an additional and complementary explanation for the success of Islamist parties that puts religion front and center. In “Poverty and Divine Rewards: The Electoral Advantage of Islamist Political Parties,” the authors argue that poor economic conditions may lead some people to view voting for a religious party as a virtuous act that, like prayer or charity. Just as foundational studies in the sociology of religion argued that individuals turn to religion in order to cope with economic strain, the same mechanism may drive individuals to support religious parties.

The authors explore this hypothesis through a series of laboratory experiments conducted in Tunis, Tunisia. Individuals assigned to treatment conditions designed to induce feelings of economic strain exhibited greater support for Tunisia’s Islamist party, Ennahda. Moreover, the experimental setup demonstrates that this support was causally mediated by an expectation of divine compensation in the afterlife. The evidence suggests that the religious nature of Islamist parties may thus be an important factor in their electoral success.