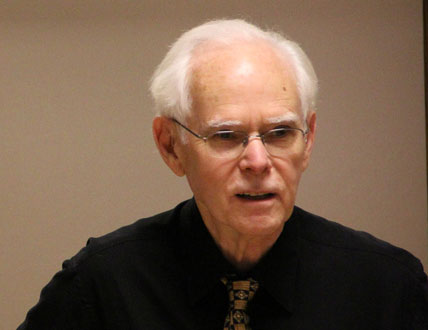 David Mayhew, Sterling Professor of Political Science and ISPS Resident Faculty Fellow, has been elected to the National Academy of Sciences.

The National Academy of Sciences announced the results of the election, which included 84 new members and 21 foreign associates from 14 countries on April 30, 2013.  Those elected were chosen in “recognition of their distinguished and continuing achievements in original research.  Membership is a widely accepted mark of excellence in science and is considered one of the highest honors that a scientist can receive.”

“The National Academy of Sciences (NAS) is a private, non-profit society of distinguished scholars. Established by an Act of Congress, signed by President Abraham Lincoln in 1863, the NAS is charged with providing independent, objective advice to the nation on matters related to science and technology. Scientists are elected by their peers to membership in the NAS for outstanding contributions to research. The NAS is committed to furthering science in America, and its members are active contributors to the international scientific community. Nearly 500 members of the NAS have won Nobel Prizes, and the Proceedings of the National Academy of Sciences, founded in 1914, is today one of the premier international journals publishing the results of original research.”

You can learn more about the National Academy of Science buy visiting their link:  http://www.nasonline.org/.