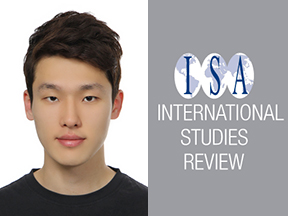 Graduate student Changwook Ju has an article in the International Studies Review entitled “Why Do Military Officers Condone Sexual Violence? A General Theory of Commander Tolerance.”

Why do commanders tolerate sexual violence by their subordinates? Commander tolerance allows military sexual violence (MSV) to persist in times of peace, war, and post-conflict peacekeeping. However, most of the previous studies on MSV have focused on perpetrators’ criminal motives while neglecting the role of commander tolerance. In this article, I offer a tripartite general theory of commander tolerance that systematically weaves together the diverse conditions under which commanders tolerate MSV at the micro, meso, and macro levels of social scientific inquiry. Toward this end, I build on the conventional principal–agent model of MSV but crucially depart from its core constructs to create a dynamic multi-commander theoretical framework. The theory represents the most rigorous explanation of commander tolerance to date and offers practical implications for military justice systems in terms of MSV. Placing commander tolerance at the center of studies on military violence opens an array of new avenues for research.