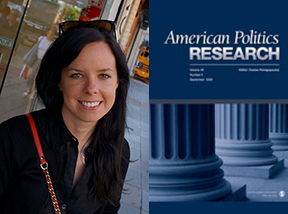 Abstract:  “We provide and test a theory explaining how and why racial attitudes shape public opinion on government spending in the United States. We hypothesize that many people think the government allocates money unfairly across racial groups, and “inequity aversion” leads them to reject spending as a result. Using data from an original survey, we find support for our theory in the sample as a whole, and within racial, partisan, and ideological subgroups. Indeed, unfairness views are comparable to partisanship in their relationship to opinion on spending. While prior work has shown that whites’ racial attitudes are correlated with opinion on specific government programs, we show they shape opinion about the appropriate level of government spending writ large. We also move beyond the study of white opinion, measuring views of unfairness in the distribution of spending among racial minorities as well.”