Associate Professor Alex Debs: “How Could States Use Nuclear Weapons? Four Models After the Bomb.” 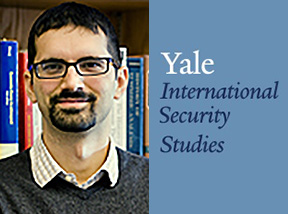 October 12, 2021
Alex Debs, Associate Professor of Political Science at Yale, will discuss “How Could States Use Nuclear Weapons? Four Models After the Bomb.”
Debs’ research focuses on the causes of war, nuclear proliferation, and democratization. His work has appeared or is forthcoming in top political science and international relations journals, such as the American Political Science Review, the American Journal of Political Science, the Journal of Politics, International Organization, and International Security. He is the author of the book “Nuclear Politics: The Strategic Causes of Proliferation” (with Nuno Monteiro), published by Cambridge University Press in 2017.