Akhil Rajan (Class of 2021) and Christina Pao (Class of 2020): “Who has room for error? The effects of political scandal for minority candidates?” 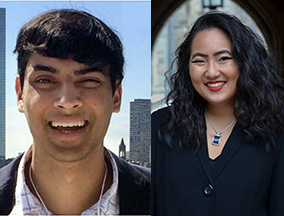 April 6, 2022
Akhil Rajan (Class of 2021) and Christina Pao (Class of 2020) have an article in the journal Electoral Studies entitled “Who has room for error? The effects of political scandal for minority candidates?”
Abstract:
It is well established that voters often hold politicians accountable for misbehavior. But are minority (Black, gay, and/or female) candidates sanctioned more severely for their transgressions? Using a vignette experiment (N = 4129) in the United States, we find that gay candidates (regardless of gender and race) are indeed less likely to win elected office than their more “traditional” counterparts in the aftermath of scandal. However, contrary to the existing literature, the mechanism for this lessened electability does not lie in greater penalties. Instead, we find evidence that it originates in lower pre-scandal vote shares, an effect driven by Republican voters. Sharply lower starting points mean that gay candidates are less able to prevail in an election, even in the face of potentially diminished penalties. In what we term the “Room for Error” hypothesis, we document how even facially neutral accountability structures can have discriminatory effects.