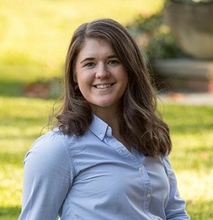 Abstract: What happens when those who have long held power lose their economic, social, and political power? In this paper and in my larger dissertation, I investigate the perceived loss of relative economic, social, and political power of a group that has long held the reigns of power in their society - white men in America. In this paper, I ask the following : What happens politically and socially when white men lose jobs and face tougher economic conditions than white women and other groups? Particularly, in the US where the gender gap in earnings has declined, more women than men are attending college, and more prime-age men are leaving the workforce altogether, do we see a sexist backlash and a desire to revert to traditional gender norms when white men face economic anxiety and job loss? Prior research indicates that American men’s identities - particularly white men’s identities - and sense of self-worth are tightly and particularly linked to their occupation and work, so threats to white men’s economic status could have large effects on political attitudes and behaviors. In this paper, I investigate this question using a difference-in-differences estimation strategy to understand how changes and threats to white men’s employment and economic security affects their gender attitudes, sexist attitudes, and a variety of other social and political attitudes and behaviors.

Annabelle Hutchinson is a PhD Candidate in the Political Science Department at Yale University. Her research interests span political economy, American politics, and quantitative methods. Annabelle’s dissertation work focuses on the intersection of gender and race in the United States and how threats to the economic, social, and political power of white men in America affects their attitudes and behaviors.