“When Do (and Don’t) Politicians Use Populist Rhetoric? Populism as a (De)mobilization Gamble,” Alexander Kustov, Yale Jackson Institute 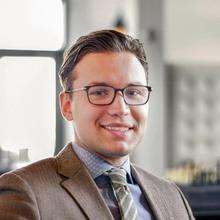 Abstract: While there is a burgeoning literature examining populist rhetoric as an effective political strategy, it is unclear why some politicians use it more often than others even within the same electoral context with a fixed popular demand for such rhetoric. To resolve this puzzle, we propose a formal model of populism as a (de)mobilization gamble with the two political actors who decide how to allocate their effort between conventional campaigning to mobilize their support and populist rhetoric to demobilize the opponent’s support. The use of populism, however, is also assumed to backfire by demobilizing the candidate’s own support to a various extent. We demonstrate that, despite its potential electoral risks, the politician with the lower level of pre-existing support is more likely to use populism. To test the implications of our theoretical model, we construct the most comprehensive corpus of U.S. presidential campaign speeches from 1952 to 2016 and then estimate the prevalence of populist rhetoric across these speeches using a novel automated text analysis method combining supervised learning and advanced natural language processing model. In line with our theoretical expectations, we show the robustly greater use of populist rhetoric among the presidential candidates with the initially lower polling numbers. This is joint work with Yaoyao Dai, NYU Abu Dhabi.

Alexander Kustov is a Postdoctoral Associate in the Jackson Institute for Global Affairs at Yale University. His research focuses on public and policy responses to diversity and migration in the United States and other high-income democracies. Specifically, he explores how voters form their ethnic and migration preferences, as well as how these preferences shape political outcomes such as violent conflict and public goods provision. His research has been published in American Political Science Review, Conflict Management and Peace Science, and Political Psychology.