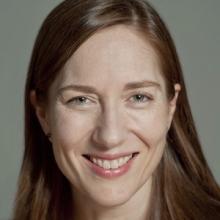 The Yale Roosevelt Institute is hosting a moderated discussion between Dr. Heather Boushey and Professor Jacob Hacker on inequality, progressive economic policies, and the role of policy advisors on campaigns. This event will take place on Wednesday, September 19 beginning at 7:00 p.m. in the Policy Lab at ISPS, 77 Prospect Street.

Dr. Boushey is Executive Director and Chief Economist at the Washington Center for Equitable Growth and co-editor of a volume of 22 essays about how to integrate inequality into economic thinking, “After Piketty: The Agenda for Economics and Inequality.” Her research focuses on economic inequality and public policy, specifically employment, social policy, and family economic well-being and her latest book is “Finding Time: The Economics of Work-Life Conflict” from Harvard University Press. The New York Times has called Boushey one of the “most vibrant voices in the field” and Politico twice named her one of the top 50 “thinkers, doers and visionaries transforming American politics.”

Jacob S. Hacker, Ph.D., is the Director of the Institution for Social and Policy Studies, and Stanley B. Resor Professor of Political Science at Yale University. He is also a board member of The Century Foundation, Economic Policy Institute, The American Prospect, and a member of the Scholars Strategy Network steering committee, and a former Junior Fellow of the Harvard Society of Fellows.

The Roosevelt Institute at Yale is the only student-run think tank on campus. The organization is divided into 6 policy centers focusing on: Economic Development, Education, Energy & The Environment, Equal Justice, Public Health, and Foreign Policy.