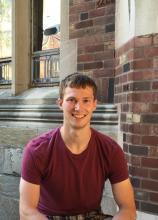 Abstract: Do anxieties about cultural change and shifting ethnic demography cause people to oppose globalization? Many people seem to think so, but the evidence remains murky at best. In a survey experiment, we try to answer a frequently-hypothesized relationship that has not been rigorously tested: whether inter-group anxiety from a domestic out-group is sufficient to diminish support for trade. We will share the results of four pilot studies that have tackled this question, and seek feedback on our design for the next iteration of the project. Our presentation will also discuss the various ways in which social psychology has been used and misused to bridge the theoretical gap between symbolic threats and trade protectionism, with a view toward clarifying the scope conditions for this family of theories.