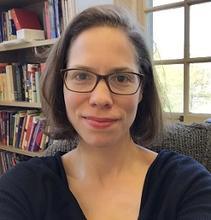 Abstract: Based on her new book, Uncivil Agreement, Lilliana Mason looks at the growing social gulf across racial, religious, and cultural lines, which have recently come to divide neatly between the two major political parties in the United States. She argues that group identifications have changed the way we think and feel about ourselves and our opponents. Even when Democrats and Republicans can agree on policy outcomes, they tend to view one other with distrust and to work for party victory over all else. Although the polarizing effects of social divisions have simplified our electoral choices and increased political engagement, they have not been a force that is, on balance, helpful for American democracy. Bringing together theory from political science and social psychology, Uncivil Agreement clearly describes this increasingly “social” type of polarization in American politics and will add much to our understanding of contemporary politics.

Lilliana Mason is assistant professor of Government and Politics at the University of Maryland, College Park, and author of Uncivil Agreement: How Politics Became Our Identity (University of Chicago Press).

She received her PhD in Political Psychology from Stony Brook University and her BA in Politics from Princeton University. Her research on partisan identity, partisan bias, social sorting, and American social polarization has been published in journals such as American Political Science Review, American Journal of Political Science, Public Opinion Quarterly, and Political Behavior, and featured in media outlets including the New York Times, the Washington Post, CNN, and National Public Radio.

Mason received the 2017 Emerging Scholar Award from the Political Organizations and Parties Section of the American Political Science Association (APSA). Her work has been supported by the National Science Foundation.