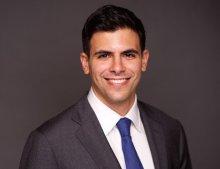 Abstract: Affluent Americans exercise disproportionate influence over the actions of government. This matters because the affluent are less opposed to rising inequality than other Americans, and more supportive of economic policies that widen inequality. Building off previous observational analysis, I hypothesize that affluent Americans’ positive stance towards inequality and inequality-inducing policies is driven by their tendency to view money as a source of social approval and self-esteem. I test this hypothesis in a survey experiment where affluent Americans are exposed to Facebook posts suggesting that affluent social networks reward financial success with esteem. The results can provide insights into the behavior of a powerful group of Americans who have played a disproportionate role in bringing about the rise of inequality in the United States. They can also contribute to ongoing debates about whether social media is an egalitarian influence on society, or merely serves to entrench existing forms of inequality.

Adam Thal is a postdoctoral research associate at ISPS. Adam’s research focuses on American politics, political behavior, and inequality. His work has appeared in the American Journal of Political Science, Public Opinion Quarterly, and Political Behavior. Adam graduated from the University of Wisconsin-Madison in 2011, and received his Ph.D. from Princeton University in 2017.