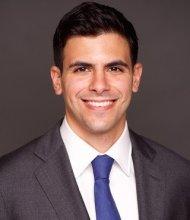 Abstract: Social media is the subject of growing interest in political science, but an important aspect of it has been neglected: it facilitates status competition. Sites like Facebook, Instagram, and Twitter allow affluent Americans to share curated versions of their lives that demonstrate their economic success and upper class lifestyle to others. I theorize a link between affluent Americans’ pursuit of status on social media and their use of politics to pursue their financial interests. Using observational and experimental data, I show that encountering evidence of others’ economic success on Facebook causes affluent Americans – and affluent men in particular – to become concerned about their own social status, and motivated to enrich themselves through politics. These effects are largest when the affluent see that those who post about their economic success on Facebook are rewarded with “Likes” and positive comments. The results show how social media creates political conditions that are conducive to inequality.

Adam Thal is a a Postdoctoral Associate in Policy Research at Yale University’s Institution for Social and Policy Studies. He received his Ph.D. from the Department of Politics at Princeton University in the fall of 2017. He uses surveys and experiments to study the political behavior of groups who hold power in the United States, including affluent Americans and political elites. His research was awarded the best dissertation on political psychology by the American Political Science Association in 2018. His work has also been published in the American Journal of Political Science, Political Behavior, and Public Opinion Quarterly.

This workshop is sponsored by the Institution for Social and Policy Studies, and the Center for the Study of American Politics.