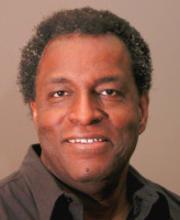 Abstract: Using Social Dominance and evolutionary theory as theoretical frameworks, we argue for a model entitled the Theory of Gendered Prejudice (TGP), which in broad terms, suggests that arbitrary-set discrimination must be understood as an inherently gendered phenomenon. Employing multiple methodologies, I argue that: 1) In general, males will display higher levels of xenophobia, discrimination, social predation, and social dominance orientation than will females, everything else being equal. 2) Males will tend to be both the primary perpetrators, and the primary victims of arbitrary-set discrimination. 3) The motives for outgroup discrimination are somewhat different for males and females.

Jim Sidanius is the John Lindsley Professor of Psychology in Memory of William James and of African and African American Studies in the departments of Psychology and African and African American Studies at Harvard University. His primary research interests include the political psychology of gender, institutional discrimination and the evolutionary psychology of intergroup conflict. Prof. Sidanius is a Fellow of: the Society Experimental Social Psychology, the Association of Psychological Science, and American Academy of Arts and Sciences. Among other awards, Professor Sidanius is the recipient of the 2006 Harold Lasswell Award for “Distinguished Scientific Contribution in the Field of Political Psychology,” conferred by the International Society of Political Psychology, and is the recipient of the 2013 Career Contribution Award conferred by the Society for Personality and Social Psychology.