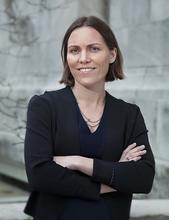 A common approach to evaluating robustness to omitted variable bias is to observe coefficient movements after inclusion of controls. This is informative only if selection on observables is informative about selection on unobservables. Although this link is known in theory (i.e. Altonji, Elder and Taber (2005)), very few empirical papers approach this formally. I develop an extension of the theory which connects bias explicitly to coefficient stability. I show that it is necessary to take into account coefficient and R-squared movements. I develop a formal bounding argument. I show two validation exercises and discuss application to the economics literature.

External validity is a major challenge in treatment effect estimation. Even in randomized trials, the experimental sample often differs from the population of policy interest. If the sample differs in ways that are unobservable to researchers, correcting for differences in observables fails to fully eliminate bias. To help researchers think about external validity bias, we develop a simple approximation that relates the total bias to the bias from observables and a measure for role of treatment effect heterogeneity in driving selection into the experimental sample.

Emily Oster is a Professor of Economics and International and Public Affairs at Brown University. She currently serves as a Faculty Research Fellow for the National Bureau of Economic Research. Her work focuses on health economics.

The Quantitative Research Methods Workshop series is being sponsored by the ISPS Center for the Study of American Politics and The Whitney and Betty MacMillan Center for International and Area Studies at Yale with support from the Edward J. and Dorothy Clarke Kempf Fund. Lunch will be served.