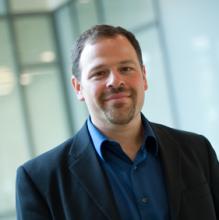 Abstract: I describe how misinformation can take hold in the public mind - and why it is so difficult to correct falsehoods. I discuss the psychological foundations of false beliefs and describe why a simple presentation of facts is not sufficient to convince citizens to reject statements that have little foundation in the truth. I then describe the communication strategies that can be most effectively employed to discredit false information - and the ones that will likely fail.

Adam J. Berinsky is the Mitsui Professor of Political Science at MIT. Berinsky received his PhD. from the University of Michigan. He is a specialist in the fields of political behavior and public opinion with over 20 years of experience in survey design and analysis. He is the author of In Time of War: Understanding American Public Opinion from World War II to Iraq (University of Chicago Press, 2009) and Silent Voices: Public Opinion and Political Participation in America (Princeton University Press, 2004) and has published articles in many academic journals. He has won several scholarly awards, is the recipient of multiple grants from the National Science Foundation, was a fellow at the Center for Advanced Study in the Behavioral Sciences, and has been a John Simon Guggenheim Memorial Foundation Fellow. He is also the founding director of the MIT Political Experiments Research Lab.

The American & Comparative Political Behavior Workshop is focused on political behavior broadly considered and invites speakers from a range of social science fields. Lunch will be served.