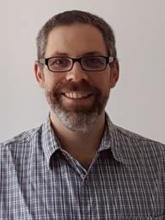 Abstract: Hypotheses involving interactions are common in social science. Do returns to education differ by gender? Are unexpected losses more impactful than expected ones? Does construal moderate power posing? Etc. Linear regressions, as in y=ax+bz+cxz are the most common (only?) way in which such interactions are tested, and yet such approach is extremely likely to give the wrong answer. The false-positive rate can easily reach over 50%, the sign of the interaction can easily be wrong, the average interaction effect is oddly defined and its estimate often biased, and simple-slopes/spotlight/floodlight analysis are approximately hopeless. I identify four questions we often ask from interaction effects, and explore trustworthy alternatives to the current approach to answering them. I also propose and provide an approach to answering a fifth and novel question: what share of the interaction effect is mechanical vs conceptually interesting?

Uri Simonsohn is a Professor of behavioral science at ESADE business school at Universitat Ramón Llull, in Barcelona, Spain, and a senior fellow and co-director of the Credibility Lab at the Wharton School of the University of Pennsylvania in Philadelphia. Uri is originally from Chile where he studied economics, and later got his PhD in Social and Decision Sciences at Carnegie Mellon University. Uri then spent 13 years as a professor of Operations, Information, and Decisions at the Wharton school, leaving for the sunnier and Trumpless pastures of Barcelona in 2017. He has been a reviewing editor at Science, and is an associated editor at Management Science and consulting editor at Perspectives on Psychological Science. His research interests include Judgment and Decision Making and pragmatic methodology, looking for practical insights about how people in general and researchers in particular make inferences and decisions. Uri co-founded the pre-registration site AsPredicted.org, now run under the Penn Wharton Credibility Lab, and co-authors the blog Data Colada. For the last 7 years Uri has taken an influential role seeking to reshape social science into a more credible discipline.

The Behavioral Sciences Workshop is cosponsored by the Center for the Study of American Politics (CSAP) and the School of Management’s International Center for Finance and Whitebox Advisors fund. Lunch will be served.