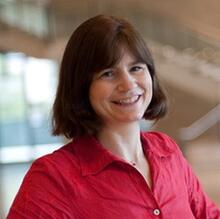 Abstract: How does race affect Americans’ attitudes toward taxes, and are the pathways different for whites and Blacks? Although previous research argues that taxes are a rare area where attitudes are structured by material stakes, I find that that among whites, racial animus has a uniquely strong effect. But for all whites’ grievances, Black Americans may be the real victims of tax policy. Linking the elements of structural racism in the tax code enumerated by critical tax theory to public opinion reveals that although Black Americans are typically more liberal than whites in their views on the role of government, they are more anti-tax, due to their greater burdens arising from the interaction of tax policy with racialized patterns of income, wealth, consumption, and location. The results speak to the conditions under which racial sentiment and material stakes affect attitudes and to the effects of structural racism on tax preferences.

Andrea Louise Campbell is the Arthur and Ruth Sloan Professor of Political Science at the Massachusetts Institute of Technology. Her interests include American politics, political behavior, public opinion, and political inequality, particularly their intersection with social welfare policy, health policy, and tax policy. She is the author of Trapped in America’s Safety Net: One Family’s Struggle (Chicago, 2014), How Policies Make Citizens: Senior Citizen Activism and the American Welfare State (Princeton, 2003), and, with Kimberly J. Morgan, The Delegated Welfare State: Medicare, Markets, and the Governance of Social Provision (Oxford, 2011). Her research has appeared in the American Political Science Review, Political Behavior, Comparative Political Studies, Politics & Society, Studies in American Political Development, and Health Affairs, among others. She holds an AB degree from Harvard and a PhD from UC Berkeley. Her research has been funded by the National Science Foundation, Robert Wood Johnson Foundation, and Russell Sage Foundation, and she was inducted into the American Academy of Arts and Sciences in 2016.