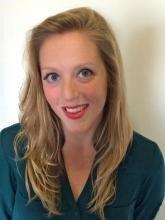 Abstract: What accounts for the United States’ distinctly-private allocation of childcare responsibilities? Drawing on original archival research, I present new primary source evidence from Nixon’s Presidential archives linking a mid-1960s/early-1970s discourse on racial inequality and poverty in American social science to the narrow demise of universal childcare in this country – first as a viable federal policy objective, and in turn as a political ideal. In addition to providing proximate “scientific” inspiration for President Nixon’s unexpected veto of the Comprehensive Child Development Act in late 1971, I argue that presidential adviser Daniel Patrick Moynihan was pivotal to the Administration’s partially-realized alternative commitment to policies intended to shore up the traditional patriarchal family. Against trends of rising workforce participation and non-marriage among mothers, I contend that the institutionalization of particular academic ideas about marriage’s antipoverty functions under President Nixon has had profound consequences approaching a self-fulfilling prophecy for childcare politics through the present. By situating the family as a politically-relevant alternative to public protection against the economic risks associated with raising young children, this article extends the literature on private social provision with attention to an unexplored and, I argue, critical domain of the American welfare state. More broadly, my historical account for America’s unique private approach to childcare sheds new light upon gendered, racial and generational features of the contemporary political economy of inequality in the United States.

Sophie Jacobson is a PhD student in political science focusing on the politics of inequality in the United States. Her research centers on American social policy, incorporating historical institutionalist and comparative political economy approaches. Outside the US, Sophie studies the political economy of child poverty in OECD countries. As an ISPS Policy Fellow, she is conducting a political ethnography of single mothers in New Haven for insight into their perceptions and experiences of democratic governance.

Before coming to Yale, Sophie spent four years in professional policy advocacy, concentrating on civil rights and social justice issues in Los Angeles. She earned a B.A. in Political Science and News Media & Society from the University of Southern California in 2011.