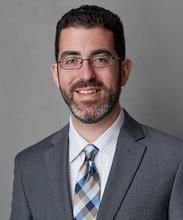 Abstract: Leaders often take credit for the policy accomplishments of their predecessors – and blame them for bad times – but it is unclear how voters attribute responsibility for inherited conditions. I use high-frequency observational and experimental survey data to test how newly inaugurated presidents and governors are credited or blamed for current economic performance, and how these attributions evolve over a leader’s term. I find leaders are held responsible for the economy beginning in the first year, are held more responsible in the second year, and are not held any more responsible in subsequent years. These results suggest leaders are, for better or for worse, held responsible for the actions of their predecessors. They also cast findings of myopic retrospection in a new light, showing leaders are incentivized to focus on the economy in non-election years.

Michael Sances is Assistant Professor of Political Science at Temple University. He studies representation and accountability through the lens of US state and local government. Recent research projects include the impact of the Affordable Care Act on political behavior, the causes and consequences of cities’ use of fines and fees as a revenue source, and spatial voting in mayoral elections. He teaches courses in American politics and research methods. He received his PhD in political science from the Massachusetts Institute of Technology in 2014, and has previously served as a postdoctoral scholar at Vanderbilt University and an Assistant Professor at the University of Memphis.